It's Okay to Be Political

Both political parties' conventions have come and gone. The last two months of the Presidential election season is on a high pitch to win the hearts and minds of the uncommitted voter. People are talking politics. It pains me to see how many people are upset with the political chatter. Recent news coverage of whining Facebook subscribers who didn't want to see the political discussions on their pages. Then there are those who complain about "one set of @#$/ talking about another set of @#$/."  This is America. We can talk about political differences. The operative word is "talk" about candidates, post signs, put on bumper stickers.

I recently got caught in a discussion on Facebook about cynicism. I believe every citizen can make a difference. Every time I write to my U.S. Congressional Delegation on an issue I expect a response. I usually get a letter or an email. If I don't I call their local office, I find their staffs are responsive and sometimes a letter or email follows.

I have campaigned, walked door-to-door, called folks to meetings, and stuffed envelopes for candidates of my choice. Sometimes they won and sometimes they didn't, but the exercise left no doubt that me and several like-minded people try to be represented. There were times when we got together a second time and we got our candidate in office. 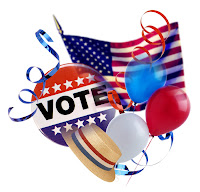 I have lobbied both on the state and federal level for issues that impacted me personally. I attend county and district zoning meetings, sometimes just to keep a check on things. My neighbors ask me to attend meetings when there is an issue that impacts our area. I graciously accept the invitation.