The Next Big Thing

- December 30, 2012
I got tagged by my friend Amy Jarecki, www.amyjarecki.com, amyjarecki.blogspot.com, to participate in a writer's blogfest “The Next Big Thing” where authors answer questions about their WIPs (Work in Progress).  I've taken you through my month of writing a novel (NaNoWriMo). This blog gives you some information about my WIP that is being edited, polished, validated for time and place,  and overall  in review. 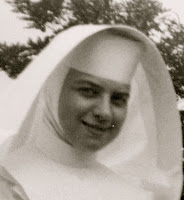 What is your working title of your book?
Change of Habit

Where did the idea come from for the book?
Growing up in Chicago in the 1950s it wasn’t uncommon that women of my generation had a few unsavory characters cross their paths.

What genre does your book fall under?
Adult Fiction

Which actors would you choose to play your characters in a movie rendition?
Joseph Gordon Leavitt, Ryan Gosling, Angie Harmon, and Anne Hathaway easily could portray the main characters in this story.

What is the one-sentence synopsis of your book?
While on a date, Sophie Janiewski, 25 year old school teacher becomes a key witness in a gangland shooting and is sent to Ogden, Utah with a body guard disguised as a nun in the witness protection program until the trial.

Will your book be self-published or represented by an agency?
An agency can find a book written about the early days of the witness protection program and its flaws with several ethnic slants appealing in several markets.

How long did it take you to write the first draft of your manuscript?
Change of Habit was the book that I wrote during National Novel Writing Month, 28 days of “butt to seat writing.”

What other books would you compare this story to within your genre?
Who or what inspired you to write this book?
My son Richard told me to write about life as I saw or heard growing up in the Fifties and Sixties.
My Aunt Janet told me  that some stories need to be told.

What else about your book might pique the reader’s interest?
Undercover as a Holy Cross nun in an Ogden parochial school seemed boring and so out of touch the danger that threatened Sophie. Early one morning her tranquil world was turned upside down when her cover was discovered. She and her bodyguard began their flight from the mob.


NaNoWriMo The Next Best Thing Blogfest