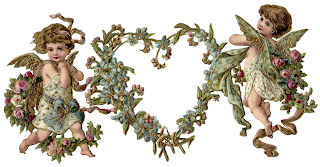 Valentine's Day is one of my favorite holidays. It reminds me to stop and recognized those who mean much to me. I do not limit my circle of loving thoughts to one person.

I am not supporting what the commercial world has done to this day. Making it a day of have's and have not’s. (i.e., I have a someone to love me. I don't have someone to love me.) Everyone should celebrate this day because of its name bearer.

First, of all Valentine's Day appears on the calendar during the winter season. It is meant to warm your soul.

Secondly, Valentine was a real individual. His life history is vague and diverse. All versions seem to agree that he was sentenced to death for marrying Roman Christian couples in the Third Century. This was in defiance to the Roman decree forbidding marriage. During his imprisonment, he is attributed to healing the jailer's daughter of blindness. Valentine and the jailer's daughter wrote notes until his death. Thus, the tradition of sending written messages.

In the Middle Ages, the celebration of this man's life was to demonstrate caring and affection. This holiday as we know it today began in the late 19th century. So, here we have a man who stood up for his ideals and the reality of his martyrdom evolved into a holiday. (Mmmm, sounds romantic to me...)

Think about all the people in your life. Think about those who have acted on your behalf with a pure heart and with your interest first. Can you think of one or two? Maybe a few more? Sure you can. All of us have had someone in our lives that has shown concern for our well-being.

There are individuals who love life and truly want to the best for the humans that they interact with daily. Your best friend, your child's teacher, a volunteer, or the doorman maybe one of these people who truly want to make the day better for each person they meet simply because they have a deep-seated love for human beings. Now, don't misunderstand me. You don't have to look deeply for those who love their "neighbors" because it is the right thing to do. They love and care because it is a moral imperative and it is imprinted in their brain and kept alive in their hearts. They love because the act of caring is all the reciprocity they need for their sustainability in the relationship. 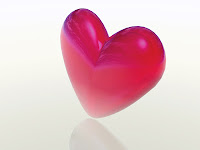 We also are reminded of the love that is attraction.  It stirs the heart and loins and does not always start as the love that I described above. It is the love that brings tension and want. The outcome of this love ends in either satisfaction or despair.  It is dependent on two things: first,  parties must feel the attraction;  and secondly, if the two attracted persons decide to engage. This all sounds very clinical, but it is very hormonal, and often governed by moral and culture rules. A frequent result of this type of love is that it is not reciprocate.

I could wax and wane with descriptions used by poets and writers throughout the ages, but love (as a noun) and love (as a verb), but I won't continue. I just want you to find someone you have a deep affection towards and send them a Valentine message.

Carol said…
I enjoyed your blog about Valentine. I learned something good today, and I will take your challenge to give someone a valentine.
February 6, 2013 at 4:41 PM